Blue Light From Electronic Skin Is Damaging Your Skin 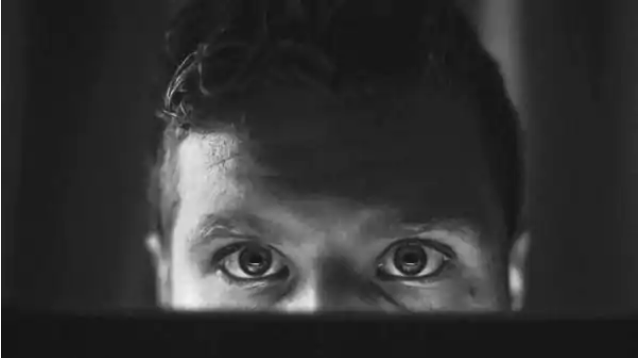 Apart from vision damage, blue light from gadgets can cause serious skin damage. What can you do to limit it?

In the past few months, most of us have spent hours indoors, with our screens as our constant companions for work and entertainment. The amount of screen-time we are exposed is raising concerns about how that may affect us physically, especially the blue light that gadgets like televisions, laptops, tablets and smartphones emit.

While blue light therapeutically regulates the body’s circadian rhythm, or natural sleep-wake cycle, prolonged exposure to it is known to damage the eyes and vision. It may affect our skin too.

A study, published in the Journal Of Investigative Dermatology in 2010, which measured the impact of blue light on human skin, notes that “Immediately after visible light irradiation, there was an induction of immediate pigmentation.” Usually the invisible, ultraviolet rays (A, which is long wavelength and B, which is short wavelength) are associated with skin damage, since they can penetrate the dermis, the thickest layer of the skin. Blue light—a high energy, short wavelength light—is part of the visible spectrum of light, and its biggest source is the sun. Artificial light sources, such as light bulbs and neon lights, emanate it as well.

Dermatologist Dr Rinky Kapoor of The Esthetic Clinics in Mumbai says, “The effects of visible light on the skin are due to reactive free radicals or reactive oxygen species, which cause the skin to oxidise and damage the skin’s DNA and break down collagen.” The effects of exposure to blue light can range from pigmentation, wrinkles, ageing, and dryness, to redness and inflammation.

As patients returned to her Delhi-based clinic Aayna after the lockdown eased, dermatologist Dr Simal Soin noticed some of these changes in their skin due to extended exposure to blue light. “We found that their open pores had increased. Even though their skin’s complexion improved because of being indoors, its texture had not. This led to the skin becoming more oily, patchy and dull. The increased strain on the eyes also resulted in the worsening of dark circles,” she says. All these effects can be compounded by the extra sebaceous content in the skin—which is common in younger skin—and the lack of exfoliation and treatment in general.

The study in the Journal Of Investigative Dermatology also says that melanin-rich skin, including Indian skin, is more prone to issues like hyperpigmentation from blue light. According to Dr. Kapoor, “The reactive free radicals cause a multiplication capacity of the melanin cells, while wrinkling is the biggest problem of blue light exposure on Caucasian skin.”

Usually sunscreens are used to protect the skin against UV light, but they do not block visible light. Dermatologist Dr. Jaishree Sharad of Skinfiniti Clinic in Mumbai says, “Iron oxide is what helps protect (the skin) against blue light, which very few sunscreens have and are tinted. There are also oral antioxidants — in the form of vitamins C and E — and Glutathione supplements, as all antioxidants are free radicals scavengers.”